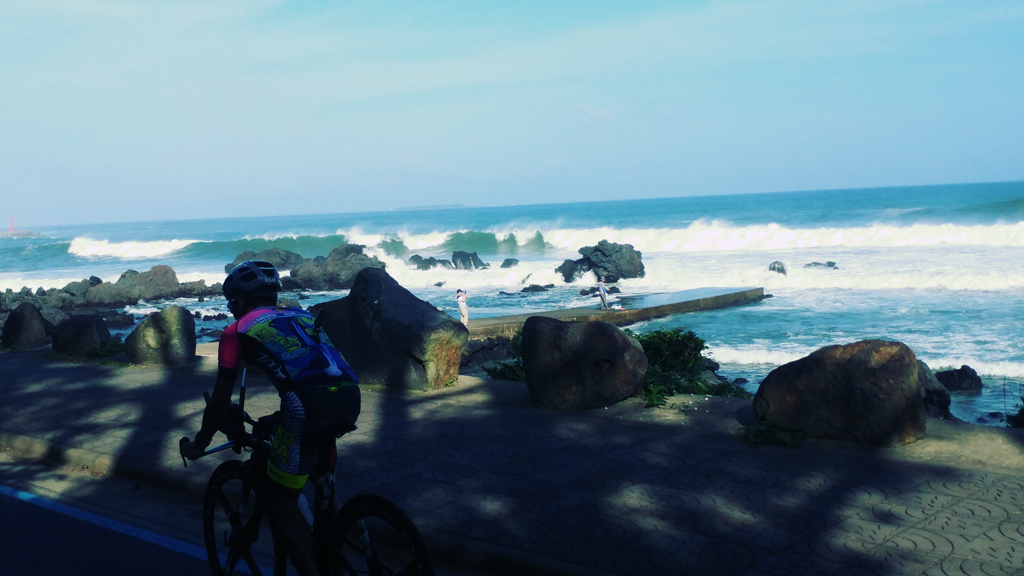 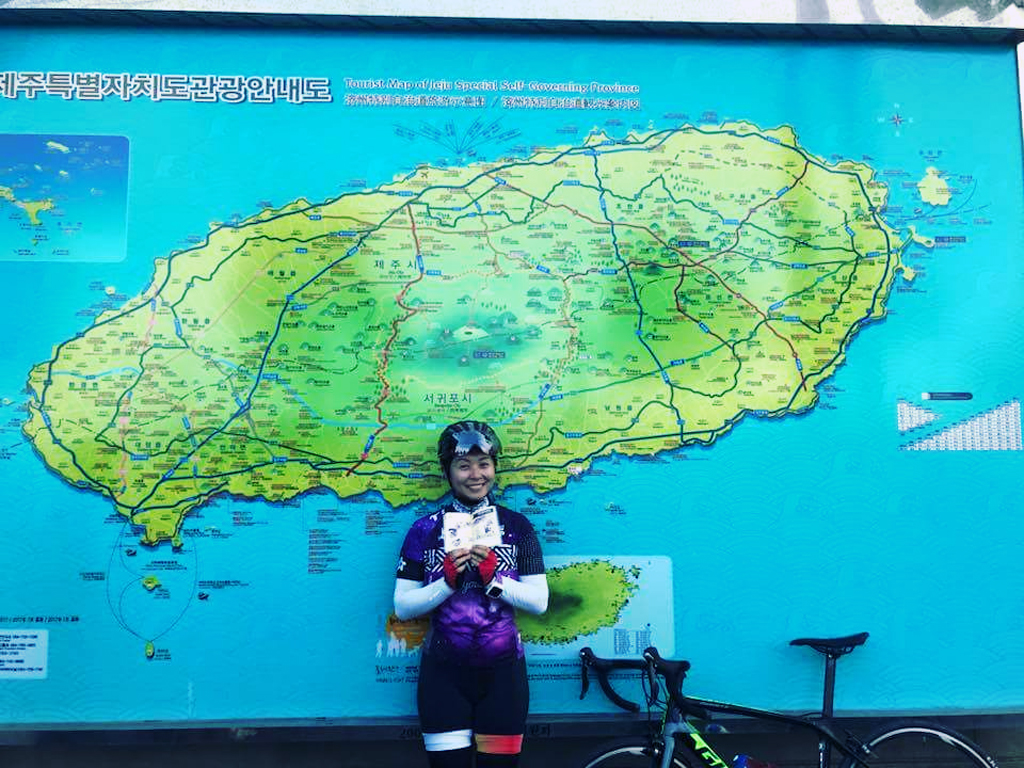 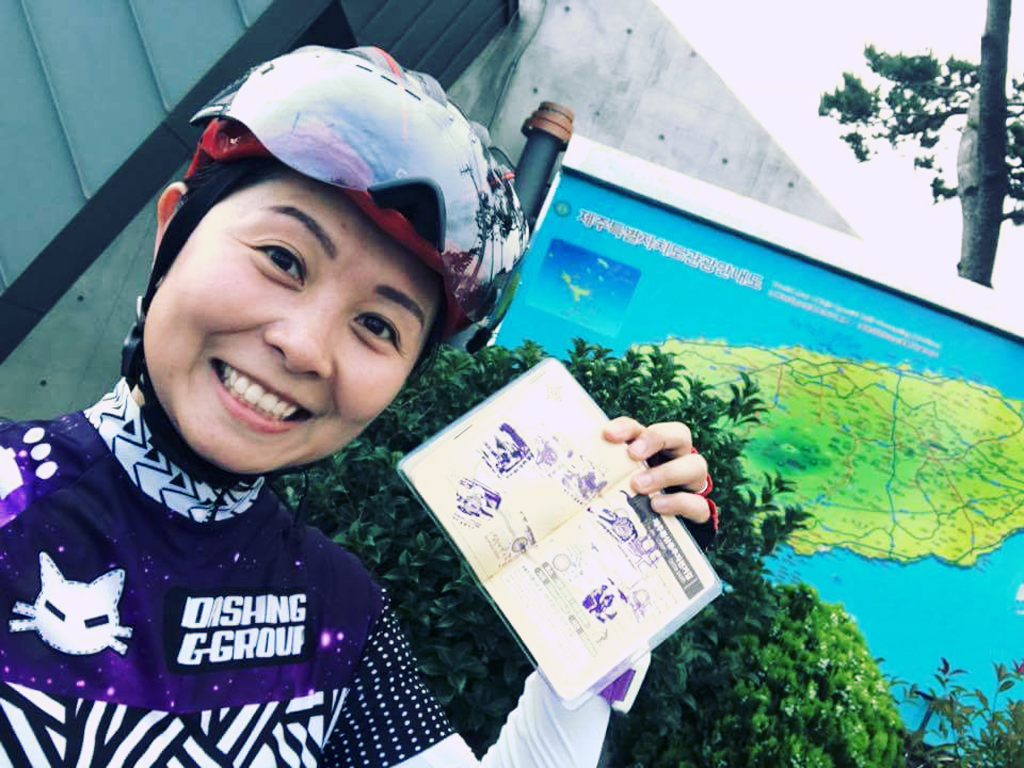 (For two days, 230km and completed a tour of the island bike path fantasies . Commemorative photo cut )
As I ran along the coastal road without any reason, I passed the Haevichi Hotel and reached the Seongseon Beach . We got off the coast road and turned the wheel toward the front office to check in to the hotel that we made reservation in advance, and we unloaded all the luggage from the support vehicle .
The smile does not leave the faces of all the members . Everyone was very pleased with the trip for two days . Everyone took a group photo, checked in, dressed up and moved to a dinner place . 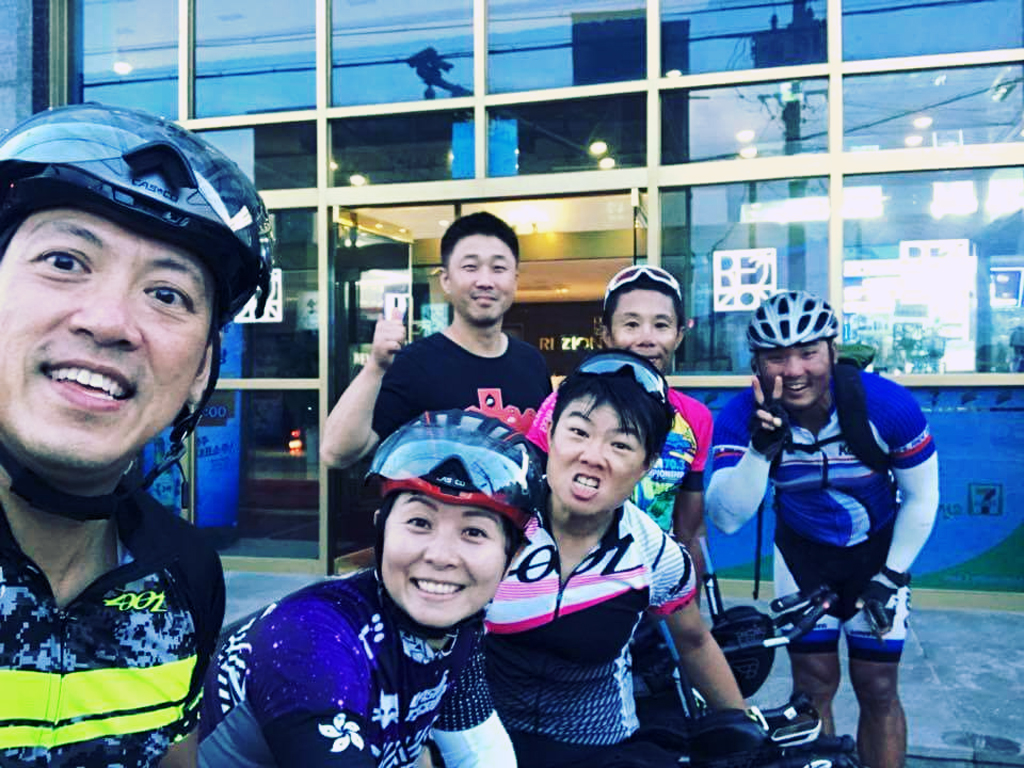 ( Last group photo in front of downtown hotel in front of the sea )
The farewell farewell to the last support vehicle for dinner and the next morning a 1 ton truck and a call van were called to Jeju airport . The pre-packaged bicycle was put in a bicycle carrier and moved with the truck. We got on the call van and heard from the Samgye tang house where the Hong Kong riders wanted to eat for the last time. They ate breakfast and lunch and moved to Jeju airport .
It is always a bad law to parting . But if you think about meeting again with a new adventure, it is not always a good thing to say goodbye .
-Thank you.